Vincent's Story
A life dedicated to Hair Styling, formed with the best Hairstylists in Los Angeles 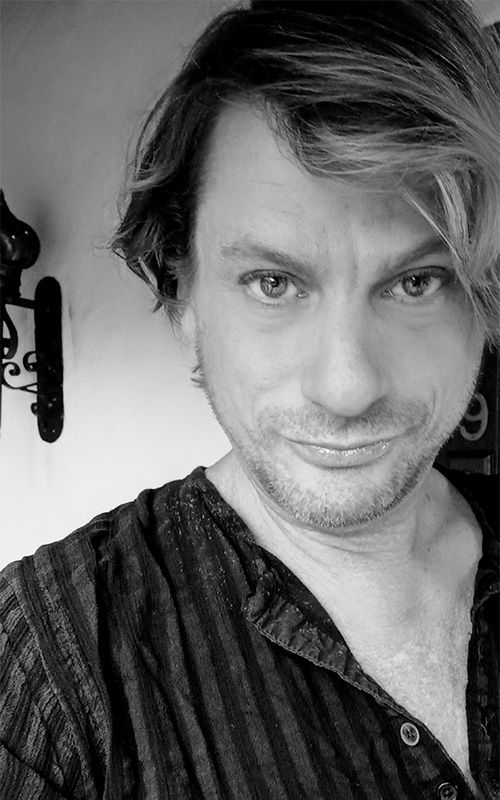 Born in Los Angeles and raised in Santa Barbara, Vincent couldn't wait to return to the city where he was born to pursue a career in the Hair Industry. At twenty, with a newly minted cosmetology license, he landed at Umberto West Hollywood. It was at Umberto where he met Nick Chavez, "He made an enormous impression on me". Vincent also met his Fashion Idol Janice Dickenson, "She told me to 'Never let anyone rain on your parade', I always remembered that moment." Vincent would watch the likes of Prince and Janet enter through the back of Umberto West Hollywood, "I really wanted to just be around and exciting group, it was amazing".It was at Umberto West Hollywood where Vincent met and assisted Angelo DiBiase,"Angelo created the looks for Duran Duran during their height in popularity in the mid 80"s."

Vincent followed Angelo and met stars like Iggy Pop and since Janice Dickenson and Dolph Lundgren to name a few. In the early 90's, Vincent struck out on his own and found success in set and fashion photography styling. During this time he worked with Harry Langdon and Later Herb Ritts. Soon after returning to salon life, Vincent sought out an old acquaintance, Jonathan Antin, it was at Jonathan in the mid 90"s where Vincent really matured as a hairstylist. "I was in the same room as Lori Goddard, I emulated her style of Balayage." It was there that he could observe the best in town, Like Jonathan, Sally, Corey, Barbara, who also had a huge influence with regard to Balayage and bases.

When asked to name some of his celebrity clients his response was, "It's not like that here, besides, most of the returning celebrities were here before I arrived on the scene so I would prefer to name drop the very talented Hairdressers I've had the good fortune to work with."